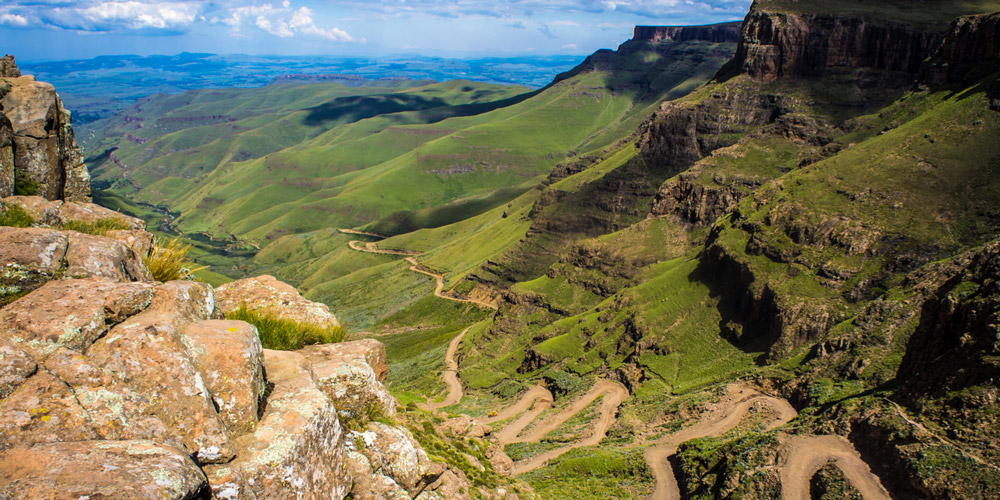 I doubt there are any 4X4 owners in KwaZulu Natal who have not either driven the Sani Pass or have it on their ever-growing post-lockdown bucket list.

In many ways this pass between South Africa and Lesotho still has the allure of a true adventure. Few reach the summit without a sense of achievement, and everyone who makes it has a story to tell.

It offers an exciting drive, breath-taking scenery and views of the Drakensberg, each a wonderful photo opportunity.

Only 4X4 vehicles are allowed to drive the pass which is about 45 kilometres long. Initially you might wonder why. Well, that is until you reach the final five kilometres below the summit. Here the road begins taking several switchbacks with hairpin bends of around 180 degrees. The gradient in this section reaches 1:3.

This rough terrain together with the extreme and often unpredictable weather associated with the high Drakensberg – snow in winter and thunderstorms in summer – make parts of the road difficult to navigate, even in modern off-road vehicles.

The Pass was originally developed as a bridle path in 1913 forming a trade route between South Africa and Mokhotlong in Lesotho with goods being transported on pack mules.

In 1948 Godfrey Edmonds, an ex-Spitfire pilot became the first person to drive a vehicle up the pass. Although, to say drive may be a little generous. In truth, much of the ascent was made by dragging his army-surplus Jeep up difficult sections, but with a team of labourers, ropes and assorted blocks and tackle he made it to the top in about six hours.

In 1955 a local resident, David Alexander, rode a horse up the well-used bridle path and realised that with a bit of construction in some areas it could be made accessible to motor vehicles. Together with some friends he began construction and a motorised trade route between Himeville in KwaZulu-Natal and Mokhotlong in Lesotho was established. The business established by Alexander still operates in the area and is best known for its fleet of vehicles which take tourists up the pass.

The pub at the Sani Mountain Lodge at the top of the escarpment is also a bucket list item – that’s if you want to say you have had a drink in Africa’s highest pub.

Remember to take your passport as you will be visiting another country, and pack a warm jacket, even in summer, as the weather at the top can be unpredictable.