The Lowveld in Mpumalanga Province 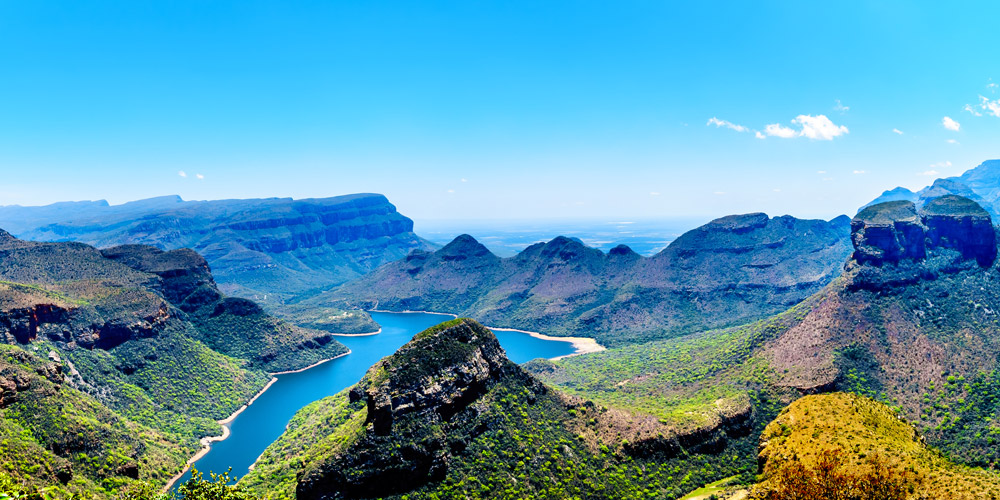 The Lowveld in Mpumalanga Province is steeped in history and many of the world-class attractions have names which are as interesting as the sites themselves.

Despite its name, Pilgrim’s Rest has nothing to do with religious pilgrims as one might expect. The town was established when prospectors began to arrive after gold was discovered in the area. When the MacMac diggings became overcrowded Alec Patterson, better known as Wheelbarrow Patterson, tried panning for gold in the nearby Pilgrims stream, and found some. It was the start of South Africa’s second gold rush.

Today the town is a heritage site with much of the original architecture preserved.

The MacMac Falls get their name from the MacMac diggings in the area which was given its name because of all the Scotsmen who came looking for gold. A feature of the falls is the twin streams of water that cascade into the pool below. They were created when miners blasted the rock at the top of the falls looking for gold.

The wonderfully dramatic Bourke’s Luck Potholes are named after Thomas Bourke who did not have much luck. Although he correctly predicted that there were alluvial gold deposits in the area, he never found any gold himself.

The Blyde River Canyon ranks in the top three largest canyons in the world. In some areas, the canyon is up to 900 metres deep. God’s Window is the best known of the many view sites along the Panorama Route.  The canyon gets its name from the river which flows through it. The Voortrekkers first named the river the  Treurrivier, or ‘mourning’ river when they believed Hendrik Potgieter and his party had perished on their trek to Delagoa Bay. On his safe return, they renamed it the Blyde, meaning ‘happy’. The river is also known as the Motlatse, a name that is said to predate the name Blyde and means ‘a river that is always full’ in the sePulana dialect of Northern Sotho.